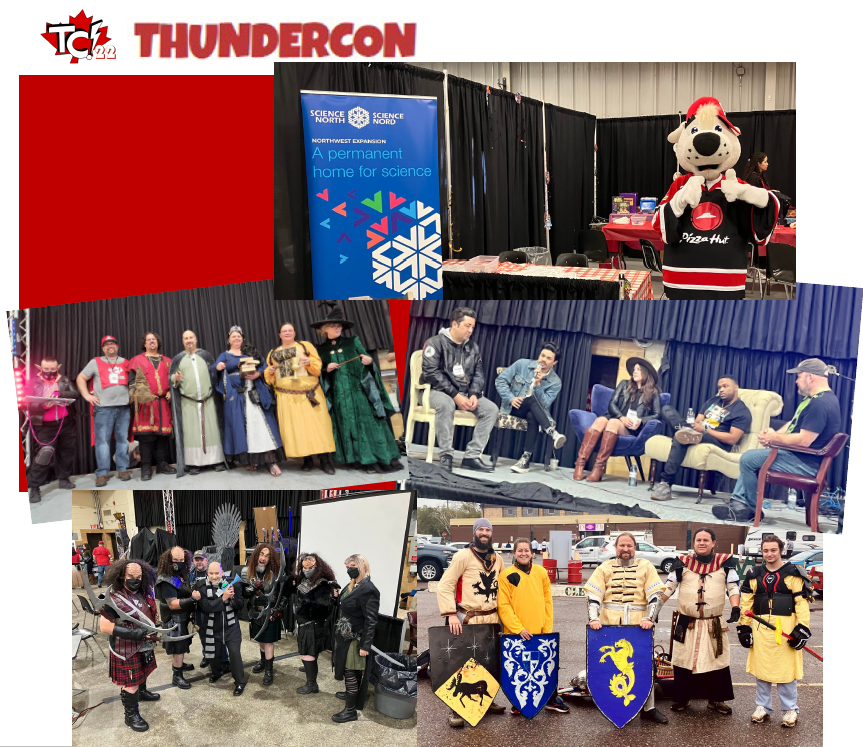 If you are a current 2022 ThunderCon Member and have not yet received an email from us with  the Annual Report, please whitelist and send an email to: members@thundercon.org

​Entirely run by volunteers, the ThunderCon Board of Directors functions a little differently than most non-profit organizations. Directors serve as both the governance and executive committees and are responsible for the overall management and direction of the organization as well as daily operations. Directors are elected annually and provided with their mandate to govern by paid members of the organization who entrust the appointments of key management and volunteer positions to the decisions of the board.

For 2023, it is proposed that ThunderCon return to using the following terms for its Board Positions:
Chair of the Board
Secretary
Treasurer
Director (x2)
Ex-Officio Director – Board appointed position
View this Year's Candidates - Here!
Note: Upon election, the Governing Council will be responsible for reviewing and appointing the Ex-Officio and Executive (Ops) Team Leads, who then become Officers of the Corporation.

Election Overview Information for Members
ThunderCon Members in good standing are eligible to vote at this meeting.  2022 Memberships are valid until January 15, 2023 and can participate in voting at the AGM.   2023 Memberships can be paid at the AGM, or online here.   Voting on motions, and for nominees to board director positions will occur both in person and on-line via Microsoft Teams.  A vote on-line will count once per logged-in user.

Proxy Votes:  If a member is not able to attend the ThunderCon Annual General Meeting, but wishes to proxy their vote to another member in attendance, that member simply can send an email to: members@thundercon.org with the Subject: PROXY ThunderCon AGM, indicating the individual the member wishes to cast their vote on their behalf.   Specific direction can be given on the use of that vote in regard to specific motions already listed in the Agenda.

Each elected position on the ThunderCon Board will be considered an individual motion to vote or acclaim the candidate from the presented nominees.  Should a nominee not be elected to a specific role they are allowed to let their name stand for nomination for the next available director position until all roles are filled.